Previous Next
BrazilMany Apple authorized stores confiscated hundreds of iPhones for selling devices without chargers. According to Brazil’s Tecnoblog, the country’s consumer protection agency has been seizing Apple phones since November 11.

Affected models are a range of products from iPhone 12 to iPhone 14, as well as the new iPhone 11 box version without charger. This action has been taken at a number of Apple authorized stores in the capital city of Brasilia such as Claro, Vivo, Fast Shop, iPlaces with the number of devices up to hundreds. The move comes after the Brazilian Ministry of Justice banned the sale of iPhones without chargers, but Apple did not comply. An iPhone 12 Pro box returned to Vietnam in 2020 without a charger.Photo: Luu Quy

In September, the Brazilian regulatory agency banned the sale of iPhones and canceled the trademark registration of models from iPhone 12 and later. The reason is that “Apple sells unfinished products” when there is no charger. Apple later confirmed it would appeal. Three days after being seized, Apple Brazil has submitted an application to the government of this country to allow sales of the device until a final decision on the dispute is made. By November 22, the above products were sold again.

The Brazilian site MacMagazine quoted a judge as saying that Senacon violated a number of principles of legality and objectivity in making decisions with Apple products, while there are many other devices on the market that do not. charging.In responses to the previous ban, Apple said it was confident it would win and took action to cut out boxed charging to protect the environment. “The world already has billions of USB-A power adapters that customers can use to connect and charge. Unpacking reduces carbon emissions by more than two million tons, which is equivalent to reducing 500,000 cars on the road. every year,” Apple explained at the time.

According to 9to5mac, although Apple is confident of appealing, it has also taken the first steps to reduce tensions with Brazil. The new Apple TV 4K model already has the USB-C cable removed, but the version sold in Brazil still comes with this accessory. 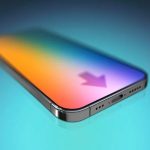 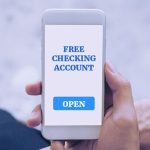